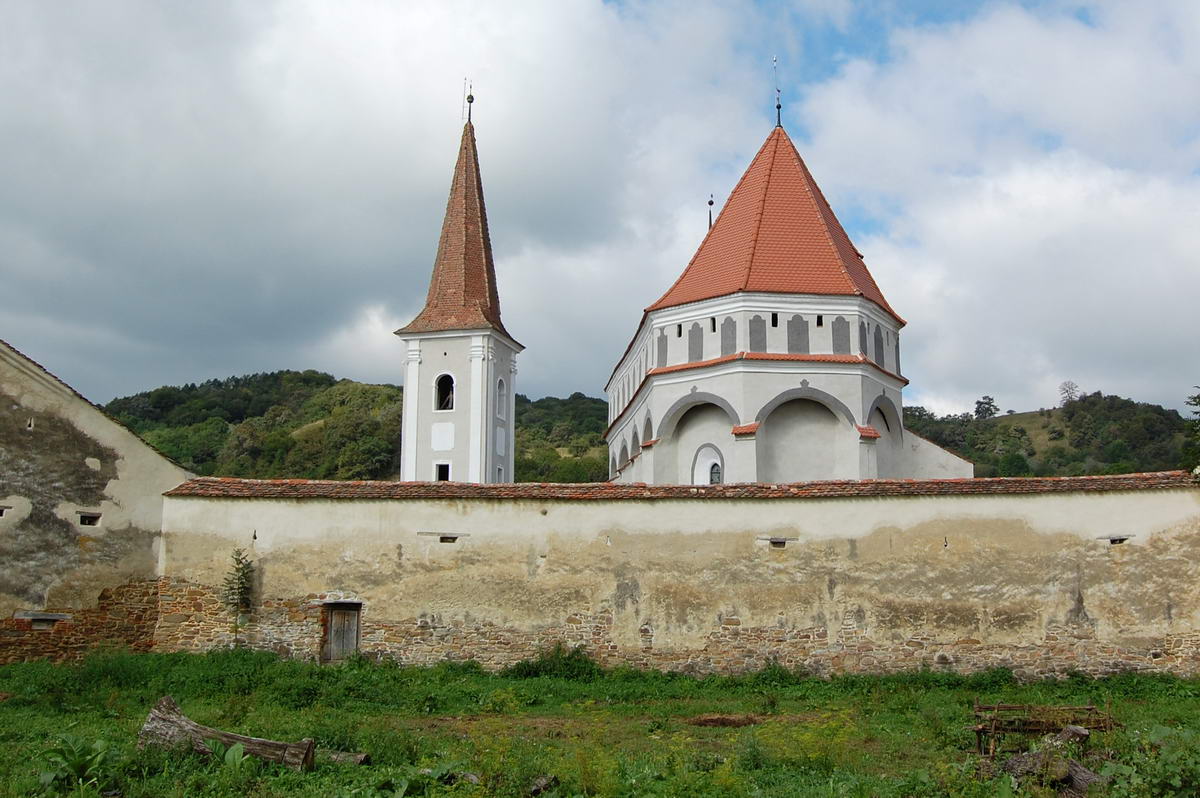 After the old church was destroyed, a new construction was erected between 1521 and 1524 and finds itself in a well-preserved state today, as well as the polygonal ring wall strengthened by towers in each corner. The southern tower was replaced in 1819 with today’s bell tower. The aisle-less church with polygonal chancel was provided with defence level and machicolation between the buttresses from this construction phase.
The parapets of the 18th century three-side gallery inside the church are decorated with floral motives and paintings illustrating different fortified churches. The organ above the altar was installed in 1832 on the substructure of the original 1716 altar. One of the oldest inscriptions from Transylvania can be found behind this altar: 1524 is the year when the construction works of the church were completed.

The small settlement Cloaşterf in eastern Transylvania gave birth to many legends. Near the village are the ruins of a castle known locally as “Monkey Castle”. One says that a valuable treasure was once hidden behind an invisible iron door on the castle hill. From time to time this door appears out of nowhere. But it can only be opened with Mandrake, a magic plant.
In fact, once the remains of an urn and a golden coin with a Greek inscription of Alexander the Great were found here. The real treasure however remains undiscovered to this day.
According to another local myth the girl who finds the first vine with two small leaves on its tip will be lead to the man of her dreams by this branch. The girl should break the branch and put in on her hat. The first young man she meets on the way home from the vineyard she may kiss, as he will be her future spouse.