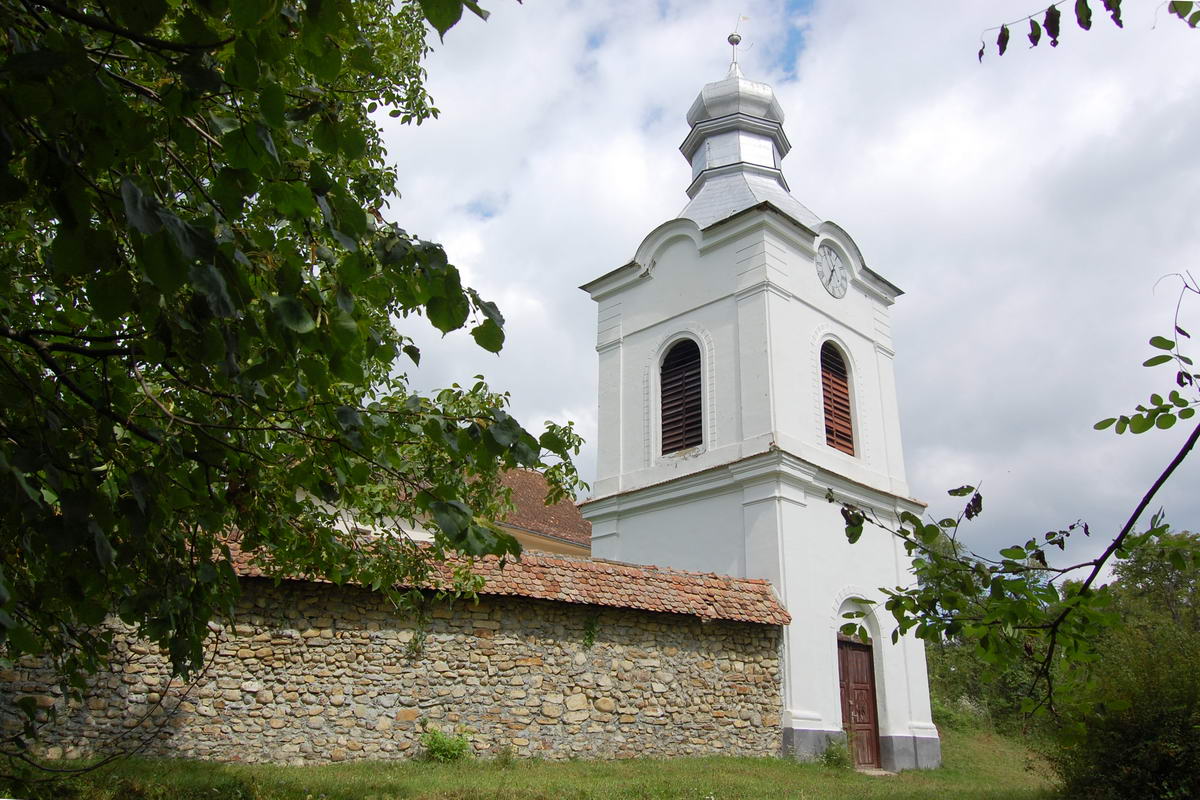 The hall church erected in the 15th century was fortified at the beginning of the 16th century by surrounding the precincts with an oval wall with loopholes, five defence towers and with a later added outer bailey. In the same time two defence levels were built above the chancel, only to be demolished  in the 19th century and replaced by a hipped roof. A bell tower with Baroque roof replaced the medieval gate tower in 1862.
Inside the church the organ built by Samuel Maetz in 1825 can be found, as well as the 16th century pews and font. The valuable late Gothic pre-Reformation altar, which was built in the 16th century, was brought to Saint John’s Church in Sibiu.
In the 19th century the fast growing community required more space. Therefore, above the existing 17th century gallery, painted with floral typical regional patterns, another gallery was built. The later was then prolonged in the chancel, where another level was added under it.

Bell sounds under the ground, a fire snake on the night sky, a white colt floating over the streets covered by night and on the dark plains, the tramping of an invisible herd… All these and many other things are said to have been seen in Fişer. Especially captivating is the story of the shop under the mountain near the village, of which people say that it opens only once in a hundred years. A long, long time ago, a villager was ploughing his land when, suddenly, the mountain opened right in front of his eyes. In the darkness of the shop, the man found unimaginable riches on the shelves and took with him as much as he could carry. When getting out, he noticed that his ox and plough disappeared. But he didn’t worried, now that he was rich. When he arrived home he was terrified to find strangers having dinner at his table. These people told him that 100 years before, in the same house, there used to live a man who unexplainable disappeared one day. The name of that man was his own name.