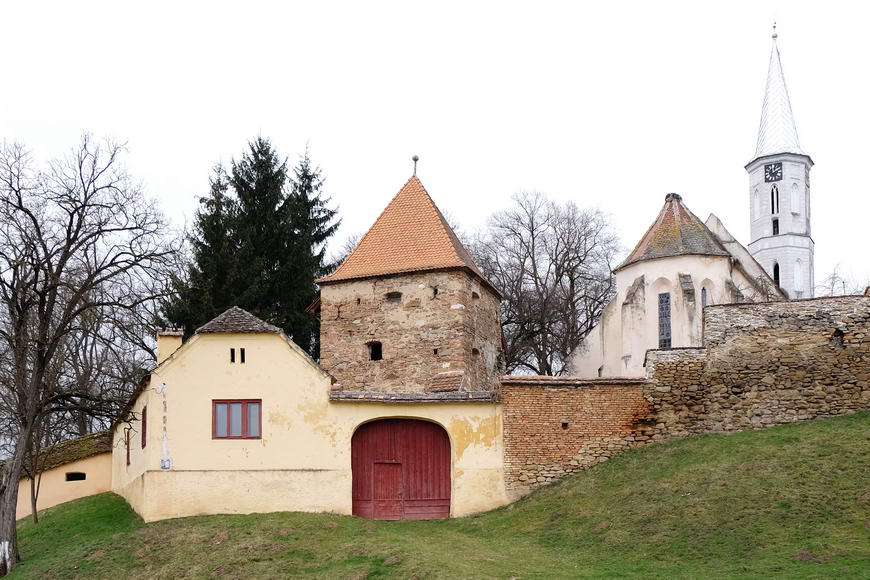 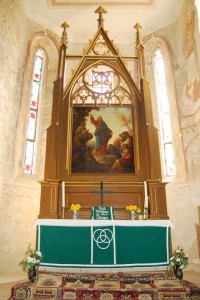 The 13th century Romanesque basilica went through numerous transformations throughout its history: the original apse was replaced by the current Gothic polygonal chancel, the southern aisle received a Baroque vault, the central nave was covered with a late Gothic lierne vault in the 15th century. In the 19th century the bell tower with parapet walk was replaced by the current new Gothic one, built in the same time as the sacristy. The oval curtain wall was reinforced with an outer bailey and four defence towers located in the four cardinal points. The northern tower collapsed at the beginning of the 20th century and parts of the ring wall and storage rooms were demolished.

Alţâna has a famous history, whose tracks has materialized through time and is easy to notice in the fortified church. Dwelling on a mountain peak, close to heaven and its promised salvation, the church connects the earth and the sky.There is a stream near the village and its water whispers the story of a mysterious mill that used to be there in immemorial times. They say that strange sounds used to come from its attic and even from the depth of the dark stream water on New Year’s Eve. The last miller, unaware of these terrifying secrets, rented the mill, only to run away and leave the evil place in the very night between the years, scared to death by the terrible sounds he heard. By the next morning the mill had vanished completely, leaving behind only its name: even today the water stream is called “The Hollow of the Old Mill”. The field where it used to lie is still called “at the old mill”.

Alţâna is home to a very unique interethnic museum: an extensive and well worth seeing collection of Romanian, Saxon and Hungarian cultural objects is displayed and invites visitors to an informative tour. If driving through the Valea Hârtibaciului everyone should stop by and include a visit to the museum to their travel itinerary.