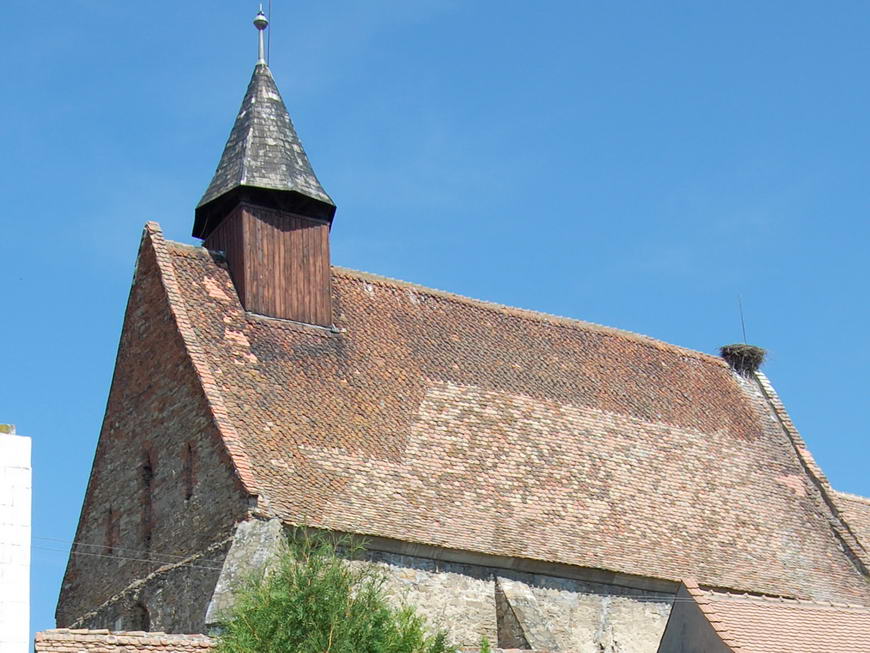 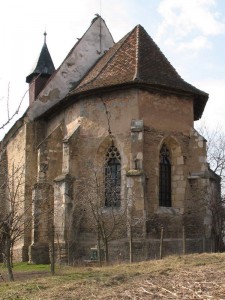 The small aisle-less church without tower from the 15th century is almost entirely preserved. The chancel was rebuilt in 1500 and the ceiling of the nave dates back to a construction phase from the 19th century. Nothing from the initial defense wall has remained. The importance of the church is given by its mural paintings and constructive details. Painting remains can bee still seen on the western funnel-shaped portal, which features a fine crafted profile. The chancel is richly decorated with figures sculptured in stone placed on the consoles of the ribs. Tracery, the portal of the sacristy, the tabernacle and the sedilia are particularly valuable as well. Conservation works have been carried out in order to preserve the ample paintings in the chancel, representing biblical scenes. The mural paintings on the exterior walls of the chancel are a unique testimony of the past: depictions of the Passions of Christ resemble the mural paintings on the monasteries in Moldavia from the beginning of the 16th century.

The Saxon name of the village, Durles, can be interpreted both as “country of yearning” and as “let them live there”. The latter name is marked by a special historical optimism: the priest called Achim Sărăşan reported in the village’s monograph about the Romanian noble called Simion, who ruled Dârlos in the 14th Century so peacefully, that many serfs from the region decided to move to the village.
In the construction of church different historical epoch can be identified: the church originates in the 15th Century, but still preserves structures dating back in the 2nd Century. Oh high interest is the relief of a bull having the body of a snake, which it is supposed to have belonged to an underground temple dedicated to the God named Mitras, who redeemed humankind by killing the primordial bull. The worship of Mitras has lasted as a mystical religion of pagan Romans.