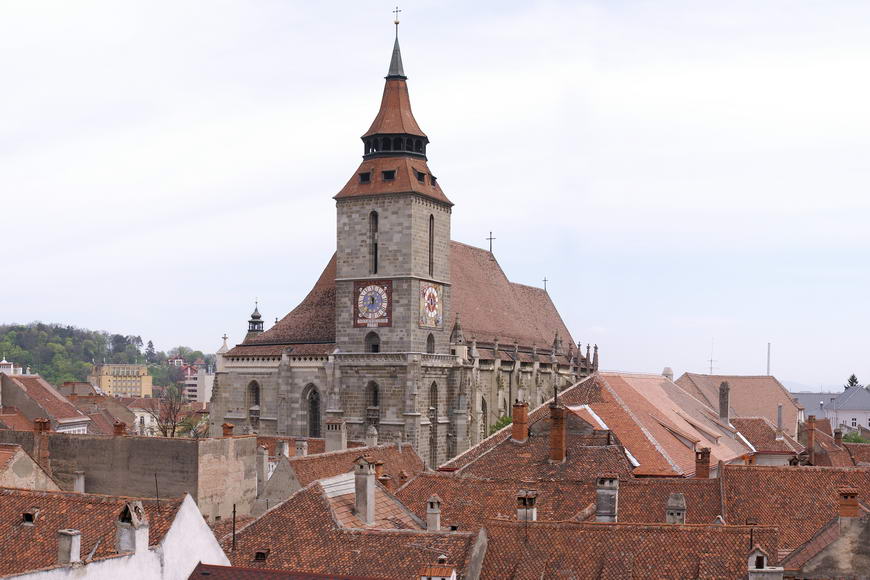 The most important church of the Gothic period in Transylvania is a result of several alterations of the two preceding churches, the first Romanesque building being destroyed by an earthquake. Apart from the architectural importance of the church this is the place where the first protestant service in German language was held in 1642, this being the starting point for the reformation which was to spread throughout Transylvania. Several earthquakes during the 16th and 17th Century demanded renovation and structural support of the vaults and walls. Also the second originally planned tower at the western facade was not constructed due to the danger of earthquakes. But the heaviest damage of the church happened during the Great Fire of 1689, when it burned down completely, followed by the collapse of the vaults.

Since the reconstruction works which lasted until 1772, a composition of baroque and Gothic elements hence shaped the interior of the hall church. Further renovation works, completed 1999, changed the outside appearance by cleaning the sandstone, thus making the name “black church” history. The facades show a rich decor of ornamental and figurative sculpture of sandstone, some of them having been replaced by copies to protect them from air pollution. One can see the originals inside the church. On the interior walls there is a display of 104 oriental carpets that were brought to Transylvania through the broad trade relations of the Saxon merchants to the Middle East. They were given to the parish on the occasion of festivities and since then kept and cared for during the centuries.

Few places in Romania can be proud of having such a density and variety of tourist attractions as the city of Braşov: from places and monuments surrounded by legends, such as “The Gate of Confession“, “Solomon’s Rocks“ or “The Witches’ Lake“, to the valuable sculptural and architectural historically certified works like “The White Tower“, “The Saints’ House” or the famous “Black Church”. The latter is considered the largest sacred monument of Romania, the most important gothic church between Vienna and Istanbul and the most important edifice erected by the Saxons in Medieval Transylvania. Dedicated to The Holy Virgin Mary before the Protestant Reformation, the church became a mourning ruin after the devastating fire that seized Braşov in 1689. Following the unfortunate event the people gave to the church its current name, which became official in the 19th Century.

With an impressive height of 42m and a length of 90m, the stone titan protects a 6 tons bell, the richest collection of oriental carpets in Europe except for Turkey, and the biggest mechanical organ in the country.