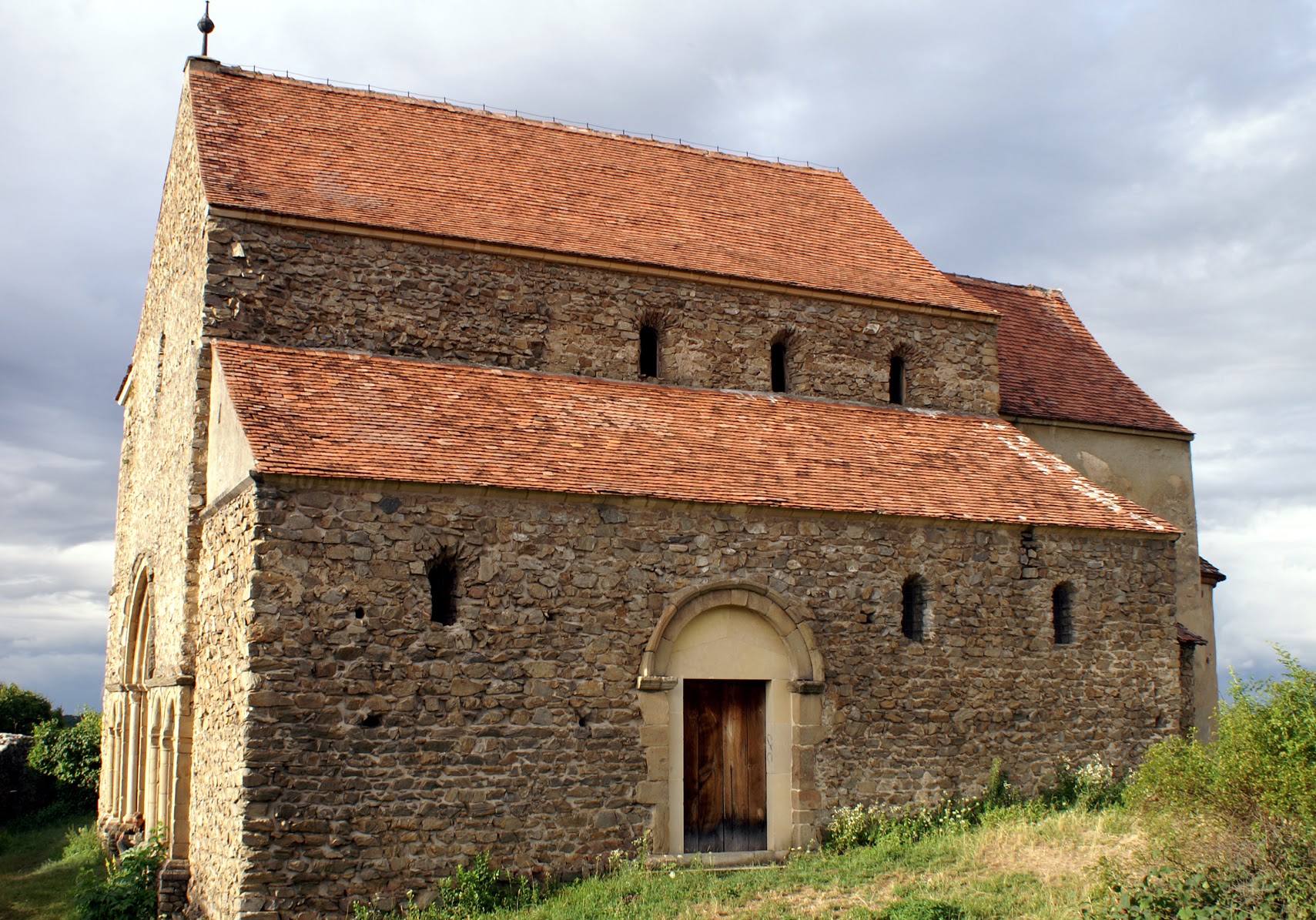 The church on the hill, today part of the communal property, is one of the few unchanged testimonies of the Romanesque construction time in Transylvania. The small three-aisles basilica was probably built before 1223. The western funnel-shaped portal exhibits particularly beautiful stone masonry. The interior, which nowadays only contains a memorial dedicated to the soldiers fallen in the WWI, impresses by its contemplative style. From the former defence ensemble only rests of the ring wall and its towers are still preserved.
Equally remarkable is the village parish church, whose fortification system did not last until today, except for the western tower and its defence level. The single-nave Baroque church was built in 1764 on the foundations of a former Gothic building. The interior furniture, as the pews and the gallery, originates from different Baroque times and are ornamented with rural floral paintings.

The legend says that before their wedding the men of Cisnădioara had to roll a big rock up to the fortified church. This was not an easy task for them because the church lies on a high hill above the village. The stones collected in this manner were further used in case of a siege and rolled down the hill to crush the enemies. Part of this tradition is still practiced today. Many young men still push huge rocks up the hill on their wedding day in order to ransom their brides, who have been kidnapped during the wedding party, which is another old tradition.
Inside the fortification above the village one can find one of the oldest churches in the country, built between 1200 and 1250. Two stairways lead from the church nave through the mighty exterior walls into the remains of the never completed towers.
Cisnădioara was one of the few villages in Transylvania, which had been inhabited almost exclusively by Saxons until after 1989.

These events are part of the cultural summer program in the surrounding areas of Sibiu. From the end of June to the end of August the parish in Cisnadioara host an ensemble concert which takes place at 5 p.m. every Sunday. What began as a small concert series in 2007 in the baroque village church has become a real magnet for audiences. In the first year it was not easy to find renowned artists, yet shortly after the success of the event became known, it has become a top address in southern Transylvania for musicians from all over Europe – it is an honor to participate in the Musical Summers. After the concert the members of the evangelic congregation in Cisnadioara invite all visitors to enjoy a cup of coffee and some traditional baked goods in the garden of the parish house.