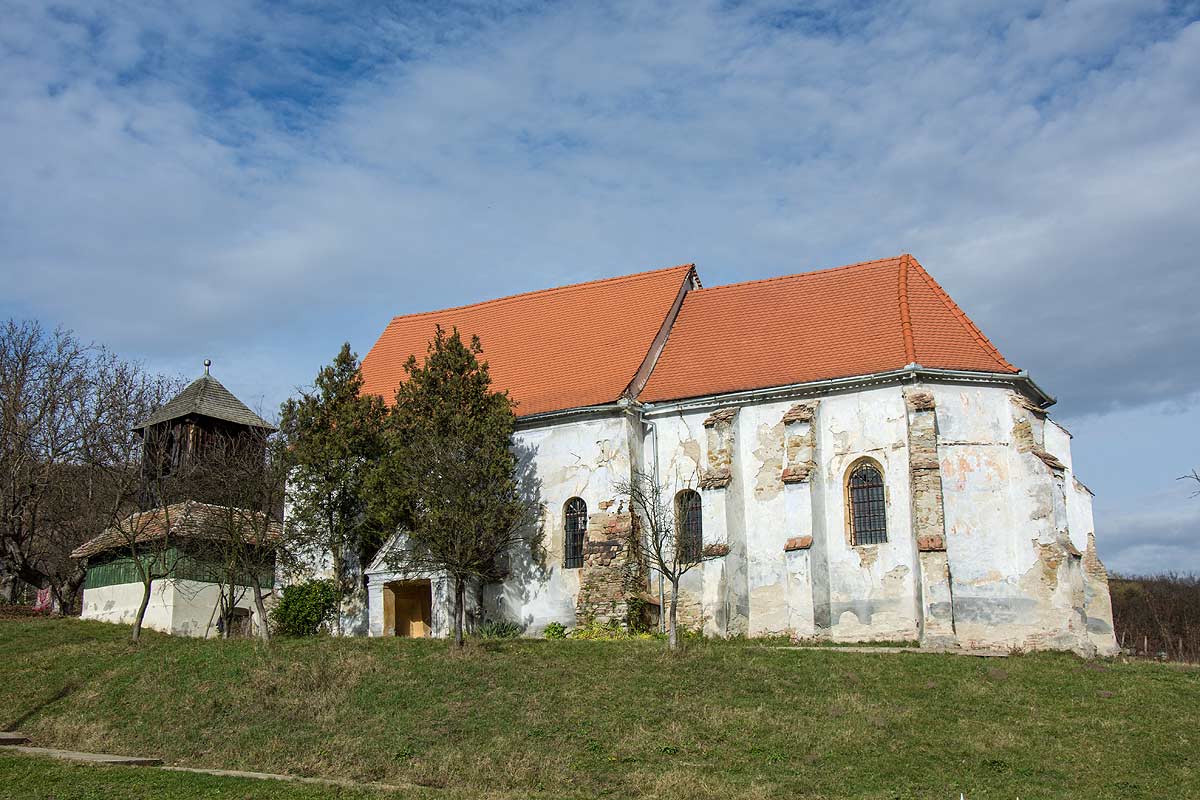 In the small village of Tătârlaua, first mentioned in documents in the year 1332, stands the towerless hall church dating back to the 15th century. The nearly square-shaped central nave is completed by a long-stretched choir with polygonal closure, canopied by a late Gothic reticulated vault. The central nave with its flat ceiling and the circumferential gallery are rather conservative and can be observed as quite a contrast. The bells are located in a separate wooden bell tower. No traces of the former defence system have remained.

Just as in Dârlos the outer walls of the choir still boast remainders of frescoes, in this case displaying depictions of Saint Christopherus. During recent exposure works there were also pre-Reformation frescoes found in the interior that were well-preserved under the protective plaster layer. The winged altar from the year 1508 was originally made for Jidvei but then sold to Tătârlaua by the congregation in the 19th century. It shows depictions of the martyrs Demetrius and Valentine as well as scenes from the life of Mary on the high day side and pictures of various Saints on the weekday side.