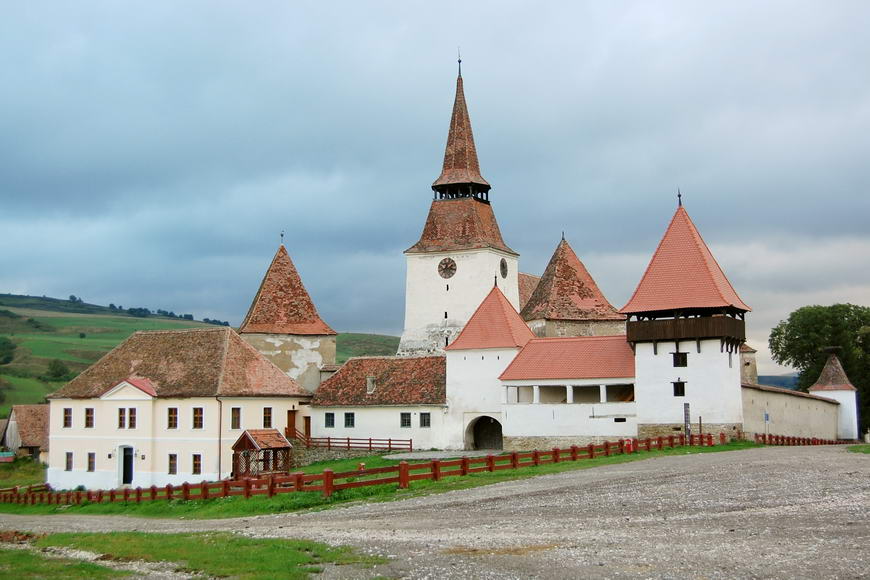 Only the exterior walls of the central nave have been preserved from the former Romanesque basilica. The church was later rebuilt in the Gothic style and enlarged with a tower, followed by the defence systems in the 16th century: demolition of side aisles, addition of a defence level, addition of a battle platform on the tower. Two fortification walls with defence towers at the corners surrounded the ensemble by the end of the 15th century.
After a fire in 1748 that also destroyed the village, the church was built in its current shape.
The interior Baroque design originates from that period: the side and organ gallery, the organ itself, masterpiece of the famous organ builder Samuel Maetz, the altar and the pulpit created by master Philippi from Sighişoara.

How did Transylvanian villages defend themselves from Ottoman attacks in the Middle Ages? In the fortified church of Archita one can picture this very well: two fortification walls, which are strengthened by seven defense towers, protect the church. Parts of a wooden parapet walk are still preserved. From the massive bell tower one have a wide clear view of the surroundings. Between the high fortification walls and the church is the narrow confined space where villagers would have taken refuge from imminent danger.
At the inner wall the machicolations, openings through which the inhabitants would pour boiling tar onto their attackers still exists. In case of a siege the tar could be heated in a special room in the bell tower.
The hilly surroundings of Archita invite you to explore and you might also like to search for the ruins of the old village Wordt. The local legend says that the whole village succumbed to the plague. About one hundred years ago the knowledge of the exact location of the village sank into oblivion, too.