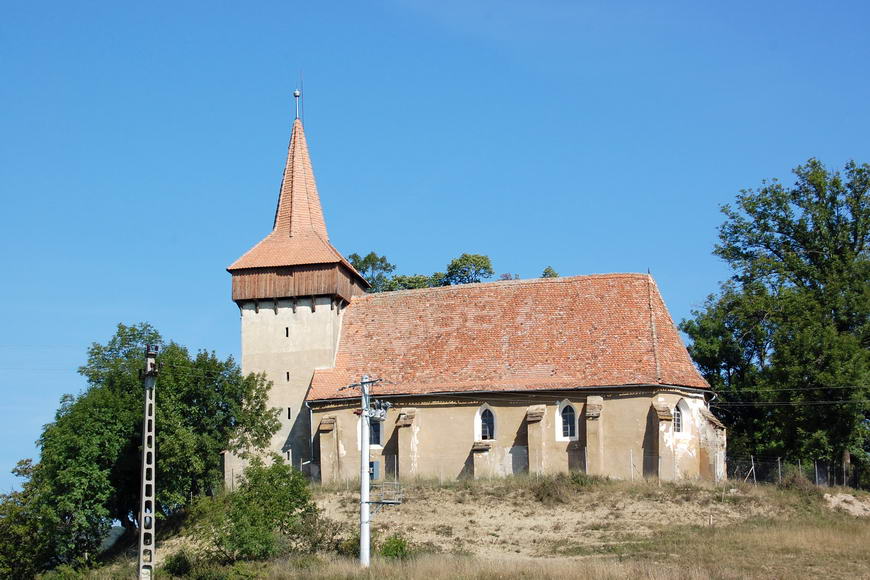 Inside the small village a hall church was erected in the 15th century, its chancel being closed by a polygonal construction. A tower with defence level and spire was built on the western side of the today standing Gothic church. As suggested by the buttresses, the interior of the church was most probably covered with vaults, which were later on replaced by a flat ceiling. Only ruins are preserved from the defence wall. Inside the church the valuable works of two well known masters from Sighişoara can be admired: an altar built in 1789 by Johannes Folberth, and above it an organ with late Baroque prospectus that Samuel Binder built in 1850.

Located near “The Medieval Jewel of Romania”, Sighişoara, the village of Hetiur can be considered itself a historical precious stone. The walls of the fortified church hold, in a protective embrace, the valuable 1789 Baroque-style altar. The roots of the altar, as a place of worship, are much more deeply implanted in the past. Its name derives from the Latin term “alta ara”, which means elevation of the ground (initially, the altar was a pile of ground or stones). It symbolizes the meeting place between man and Divinity, in the majority of cultures being represented as the image of a table where man and his Creator sit together. In Christianity, the altar was a simple wooden table at first, later a stone table, finally being elevated over the martyrs’ graves in the shape of a sarcophagus. Over time, these simple constructions transformed themselves into real art works, the most important types being the following: the canopy altar (a Balanchine supported by columns), the winged altar (made of multiple paintings and panels) and the predella altar (the base of a painting representing scenes related to its main subject).