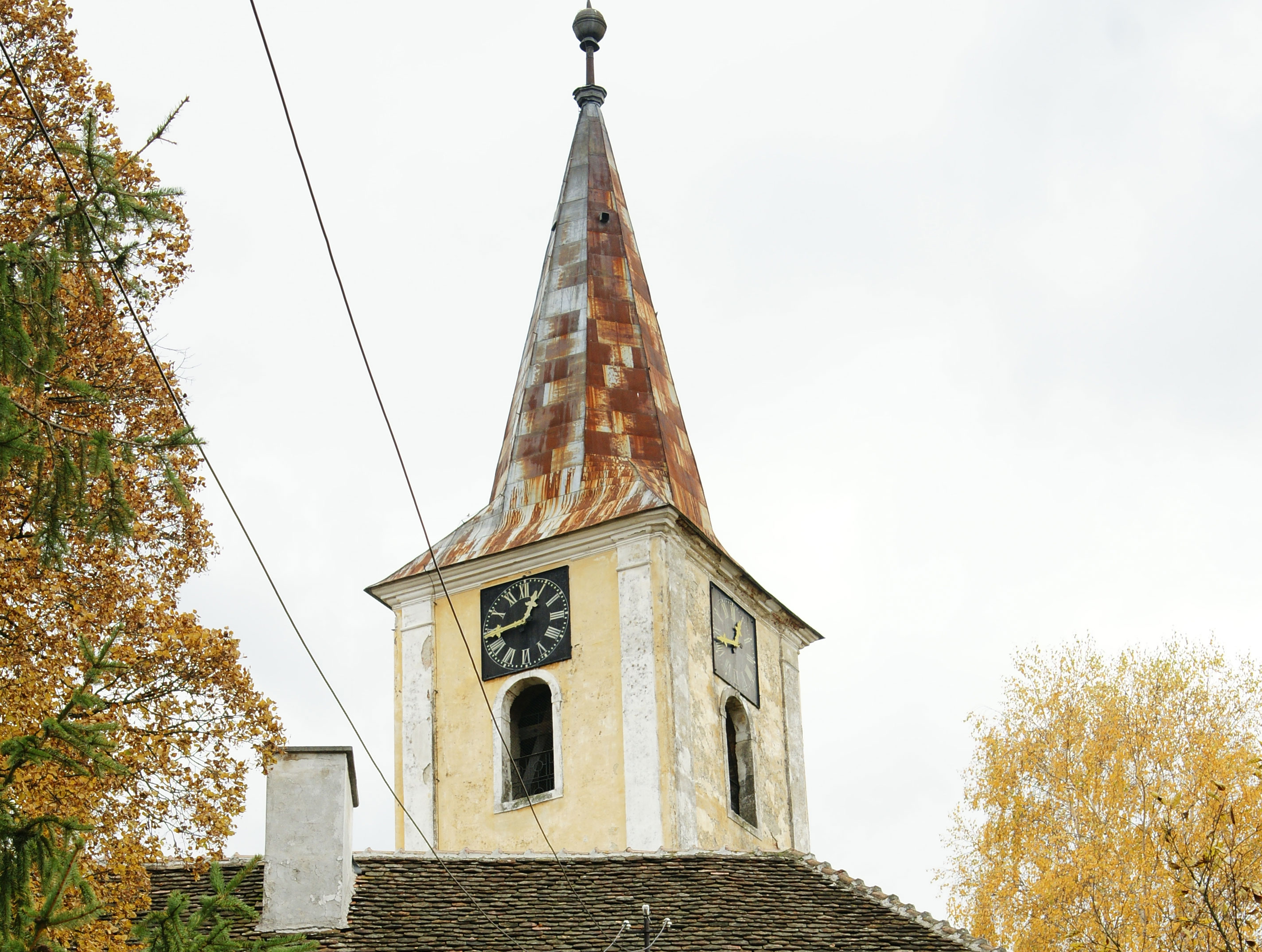 The basic structure of the 13th century Romanesque basilica is still recognizable today. Furthermore, there are many details preserved from that time. The initial church had been later provided with a bell tower, which collapsed in 1602 and it was rebuilt only in 1750. The church with three aisles, square chancel and apse is covered by a 19th century flat ceiling, while the chancel was provided with a domical vault during the 18th century. The side-galleries were also built in that time.
The Romanesque clerestory windows are placed in the attic due to the new ceiling, however the northern portal dating back to the same era and bearing depictions of mythical creatures on its tympanum is still preserved. Only the curtain wall remained from the 14th century defense assembly. The house of the castle guardian was built in 1720 on the western side, as well as the old school built in 1845.

Located in the center of the country, the county of Sibiu has been always a meeting point of cultures and people. The village of Vurpăr is located in the middle of the county, having as a central point one of the oldest Romanesque basilicas in Transylvania. On top of the Northern portal two strange figures guard the entrance: one of them resembles a lion, while the other has the head of a cat, the body of a fish and feline legs. Both of them flank a plant, which could be either a lily or the Tree of Life. The lily is considered a symbol of worshiping the Mother of God. In Christianity the Tree of Life appears in the middle of paradise and it represents often the symbol of the Saviour himself. In mythology, this tree is located in the center of the world as axis mundi. Its branches rise high towards the sky and its roots go deep down in the ground, the tree becoming thus a bridge between heaven, earth and the underworld. Similarly to this mythical tree, the stone-made plant and the fortified church in Vurpăr become mediators between the sacred and the laymen, between culture and modernism, between past and present.