The church building in Apoș near Agnita suffered for years from a lack of use and care after the migration of the German-speaking Protestant population. Only recently, the private association “Villa Abbatis” of the tourism entrepreneur Mihai Barbu took over the administration of the church after the acquisition of the former parsonage and several plots of land. 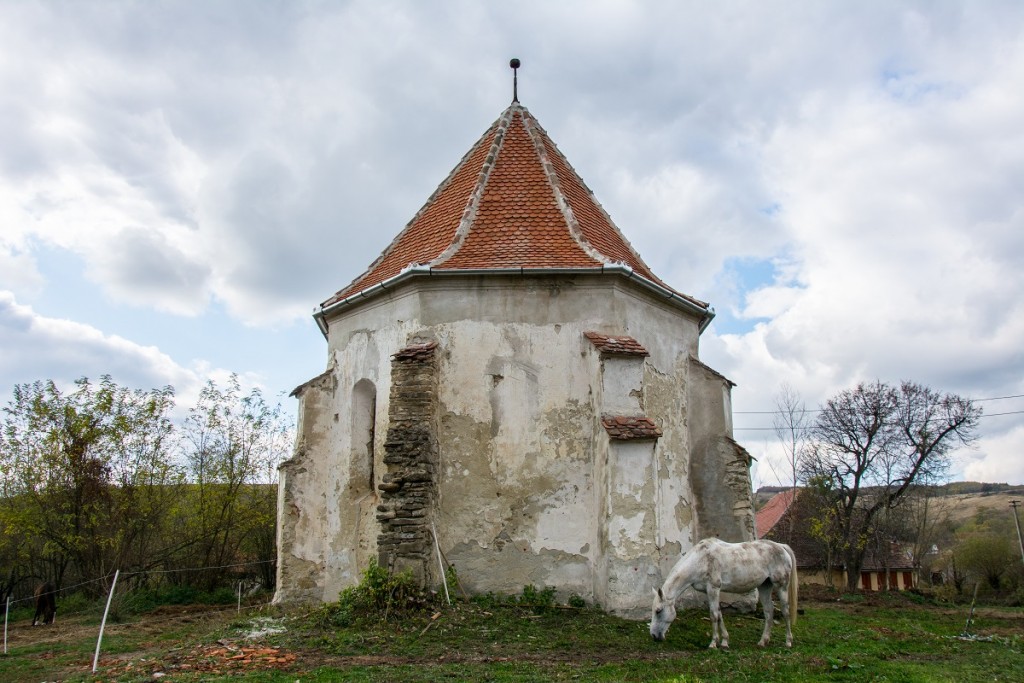 The consequences of the leaking roof and the lack of gutters had become particularly dramatic in recent years: The interior of the church was also affected by the ingress of rainwater. Since August 2019, better times have dawned again for the church building: About twenty volunteers took their time to carry out repair work on the building.

In partnership with the Fortified Churches Foundation, the diligent team of “Ambulanţa pentru monumente” led by architect Eugen Vaida was able to repair the entire roof of the nave. Also in August, restorer Lóránd Kiss discovered inscriptions from the 18th century during an architectural surface study. There is still work to be done on the roof of the bell tower in the coming year. The Fortified Churches Foundation contributed a total of over 14,000 lei for new gutters and lightning conductors. 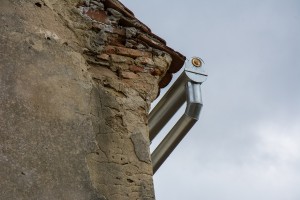 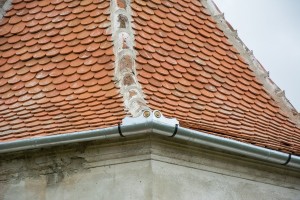 The medieval church of Apoș near Agnita was originally a fortified church. The bell tower dates from 1799 and can be traced back to the Biertan master builder Michael Salzer. At the beginning of the twentieth century, the remaining fragments of the ring wall were removed in favour of the construction of a school building. The last extensive renovation work took place at the beginning of the 1960s. Today, the association “Villa Abbatis” operates a guest house with a riding centre on the parsonage grounds and played a decisive role in establishing the kiln for producing handmade bricks and roof-top tiles promoted by Prince Charles in the immediate vicinity of the village.