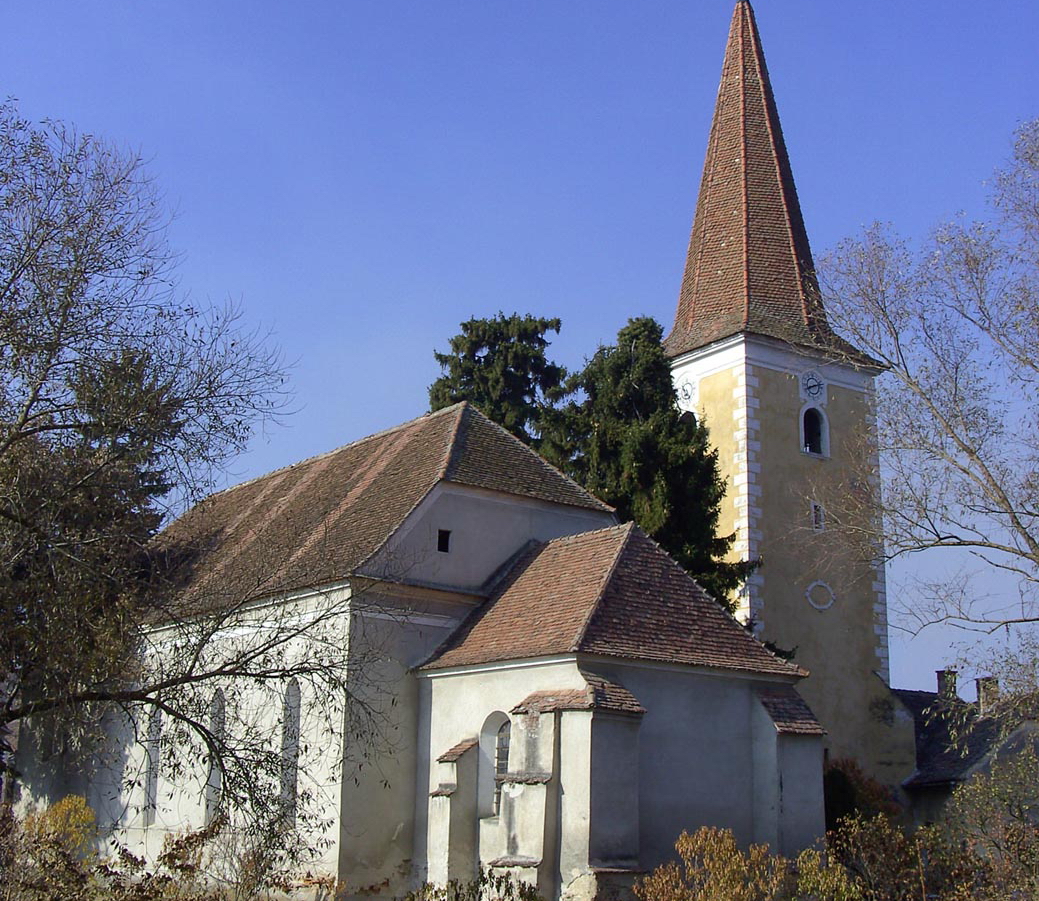 The Gothic church with doubled defence wall and three towers built on noble’s land in the 15th century was completely transformed four centuries later, when the defence level of the gate tower was replaced by a spire. The sail vaults that cover the interior of the church are supported by the walls on the southern side and by pilasters on the northern side. Between the pilasters basket arches were built to support the balcony covered with sail vaults. The organ built in 1804 by Samuel Maetz can be found on the western balcony. The neoclassical pulpit, the 1801 font and the Gothic tabernacle complete the valuable interior furnishing.

The fortified church in the village of Jidvei was protected until the 19th Century by a double curtain wall with two defence towers and a bastion. But the fame of the village has gone much beyond these massive walls and even beyond the country’s boundaries. Even though archaeological research has shown that in the area of the Târnave rivers grapes were being cultivated ever since the Dacians’ times, it is said that the Saxons were the ones to have changed the silvery fruit into golden grapes, making them noble. Ambrozie, a dedicated vine grower native of Frankfurt region, it is said to have skilfully obtained one of the most important kinds of wine, “The Royal Fetească”. Nowadays the vineyards occupy an area of around 1400ha, being coloured here and there by historical buildings as the grandiose castle of Bethlen-Haller in Cetatea de Baltă.
Just like the wine of the region, its history is marked by mystery and adventure. The castle was sold or offered as a gift on numerous occasions and it is even said to have been lost in a game of cards. One thing is certain though: for our times, the fortified church and the castle represent a historical advantage.