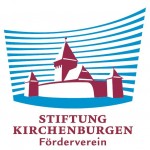 On 19 January the annual general meeting of the German Support Association of the Fortified Churches Foundation took place in Berlin. The Executive Board reported on its work in 2018, which was primarily aimed at supporting the work of the Foundation, but also included accompanying activities in Germany.

Donations received in the amount of over 50,000 Euros were mainly earmarked for repair and maintenance work on fortified churches, some of which started last year or are due to start in the coming months. In addition, there are 950 euros to be used to increase the foundation’s capital.

The three-member board of the association was confirmed in office for a further two years: Sarah Hanini as chairman, Annemarie Rothe as treasurer and Philipp Harfmann as deputy chairman.