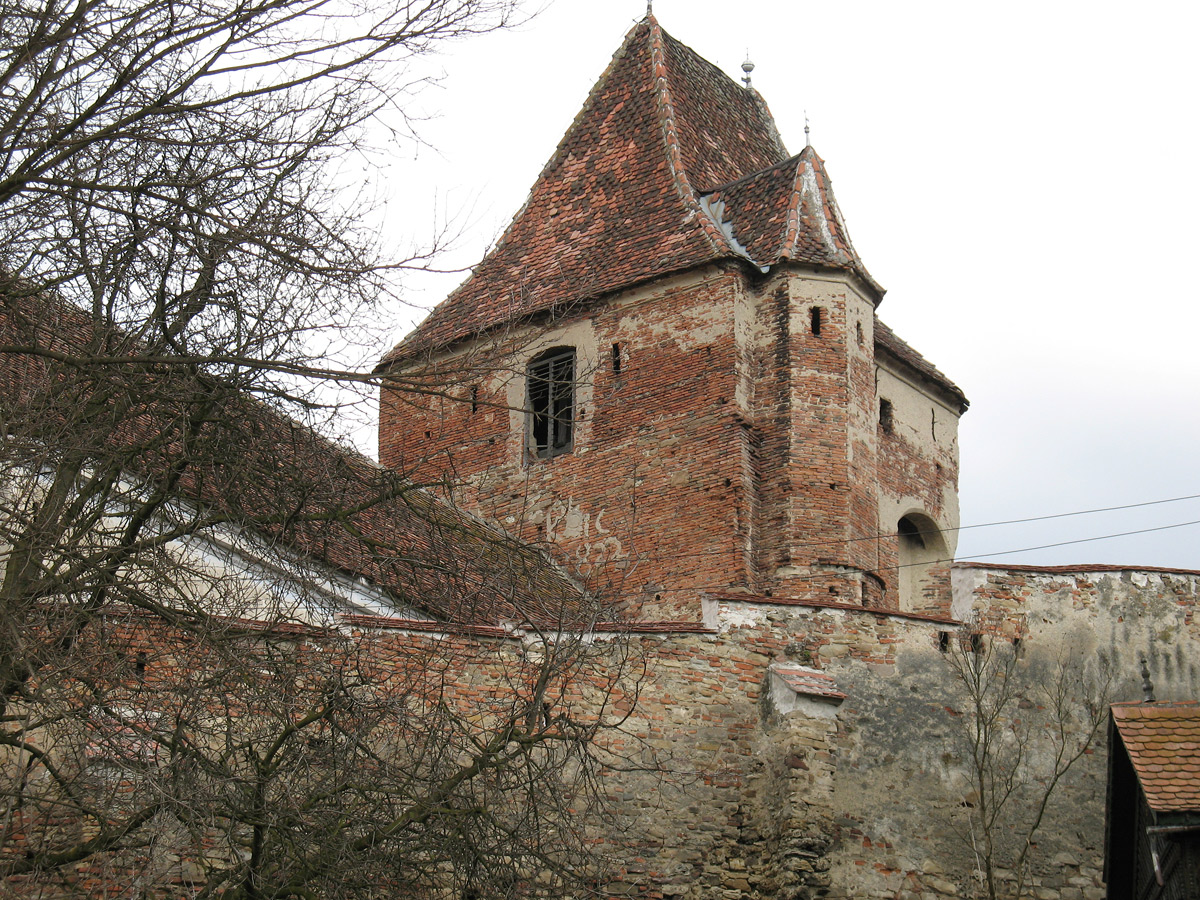 Although the construction date of the church is unknown, its chancel was built in the late 14th century. In order to offer protection from the hillside, the chancel was fortified by adding three more defence levels, thus rising far above the nave. The upper fortification system can be accessed through a small spiral staircase and is situated above the rib vault. The ring wall built one century later, once over 6m tall, was downsized and its gate tower converted to a house for the castle guardian. The western Gothic portal features stylistic characteristics specific for the Mediaş area. A Neoclassic side gallery characterizes the nave’s interior, while the Baroque altar dominates the chancel. Here, next to the Gothic tabernacle and dated to the same period, one can find the beautiful portal to the sacristy. Another interesting characteristic is the wooden roofed staircase leading to the fortress. The imposing fortified chancel is what impresses at first sight about the evangelic church in Buzd. The respectable old building settled on a steep slope seems as trying once to climb up the mountain, but losing its strength halfway up, it had to surrender and remained to rest its massive body on the abrupt slope. In fact the building underwent two distinct stages of construction, which explains its appearance. The chancel and the nave were not built in the same time. The unusual height of the fortified chancel stands for the requirements of a good defence: to offer protection against possible attacks coming from the hill side by allowing lookouts over the nearby hilltop into the side valley of the Târnava Mare river, in order to observe the approaching enemies in time and to avoid the surprise attacks.

Roof maintenance program
Responsible: Districtual Consistory  of Mediaș
Description: Rehabilitation of the choir framework and of the church’s lateral nave elements, moreover workings done to the covering and other smaller repairs were made.
Costs: 5.000 EUR
Period: June – September 2009

Contact: Keys are with Mr. Nicolae Rafa who lives in the fortification