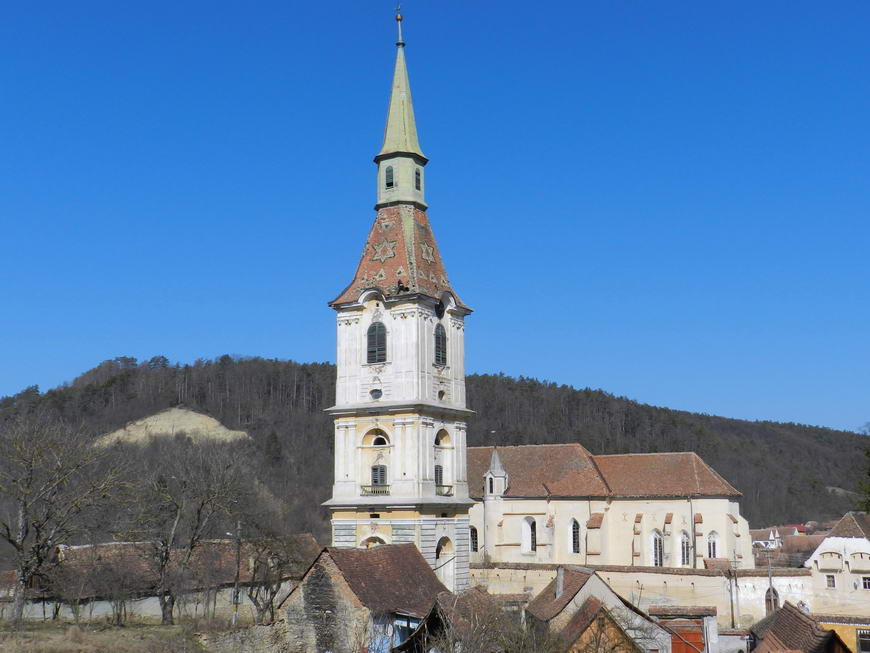 The completion of the first hall church in Daia occurred in 1447 according to its mentioning on the keystone in the chancel. The church had no tower at the time, which was only added in the western part during the fortification works in the beginning of the 16th century. Later it was dismantled until it reached the height of the nave. In the same fortification phase, a defense level was built above the chancel and the church was surrounded by a ring wall, strengthened by two fortified buildings. The western one is nowadays a ruin, but the eastern one still preserves a good image of the typical storage construction equipped with defensive systems.
In the 19th Century the defensive systems of the ensemble were dismantled step by step, but outside the fortification an impressive freestanding neo-classical campanile, considered to be one of the highest in the country was built between 1829 and 1834. The hall of the church was covered with a flat ceiling in 1884, but the chancel still preserves its late Gothic ripped vault. After the ensemble was closed for regular church service, only the galleries and the pews remained inside.

Only an unpaved gravel road that runs parallel for several kilometers with the river of Şaeş leads to Daia. The route passes through wide meadows, where shepherds and their typical chalets can be seen. Visible from far away is the bell tower, landmark of the village that was mentioned for the first time end of 13th Century. Historical documents from the 14th Century suggest that also another place called Daia Mică (small Daia) existed in the area. The development of Daia was typical Transylvanian. At the beginning of the 16th Century one counted 72 villagers, a mill and a school. In 1605 the inhabitants found protection in the fortified church from the attacks of the Székelys troops passing by. Later on, at the beginning of the 18th Century, the plague caused more than 200 victims.
Today the remote location of the village, away from main streets and heavy traffic preserves the special charm of the place. Even the village of Saschiz that is located 10km away east from Daia and it was formerly in close contact with it can be reached only by foot, following the anfractuous paths through the meadows.

The fortified church of Daia and its bell tower were threatened to deteriorate until the Saxon Uwe Hann arrived in 2013 and decided to become active. He founded the Romanian association “Asociatia Sapte Brazi” which together with the older German Association “Bona Fide International e.V.” contractually took over the historic buildings from the Distric Consistory. They have the objective of protection this unique architectural ensemble, to make it accessible again and to use it for cultural purposes. 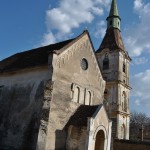 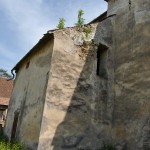 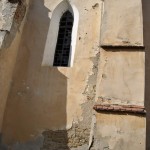 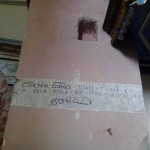 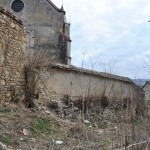 Until now a few repairs on the roof and the floor of the bell tower were made and the restoration of the tower clock was financed.

The Fortified Churches Foundation would like to support this initiative: we are consulting in questions of monument preservation, help bring interested people to the remote village and are always informing about the current situation. A short expertise has been made and we are positive about moving forward with the situation in Daia.

Fortunately we were able to include the fortified church of Daia in a 2-year restoration project funded by the U.S. Ambassadors Fund for Cultural Preservation (AFCP), supporting the preservation of cultural sites and historic monuments. The implementation of the project began in 2017.

Description: Re-roofing the Southern nave of the church, tile additions to all the roof surfaces, including the neighboring bell-tower.

Daia has been included in a 2-year restoration project funded by the U.S. Ambassadors Fund for Cultural Preservation (AFCP), supporting the preservation of cultural sites and historic monuments. The implementation of the project begins in 2017 and updates to the progress of the work will be posted here on our website. >> read more