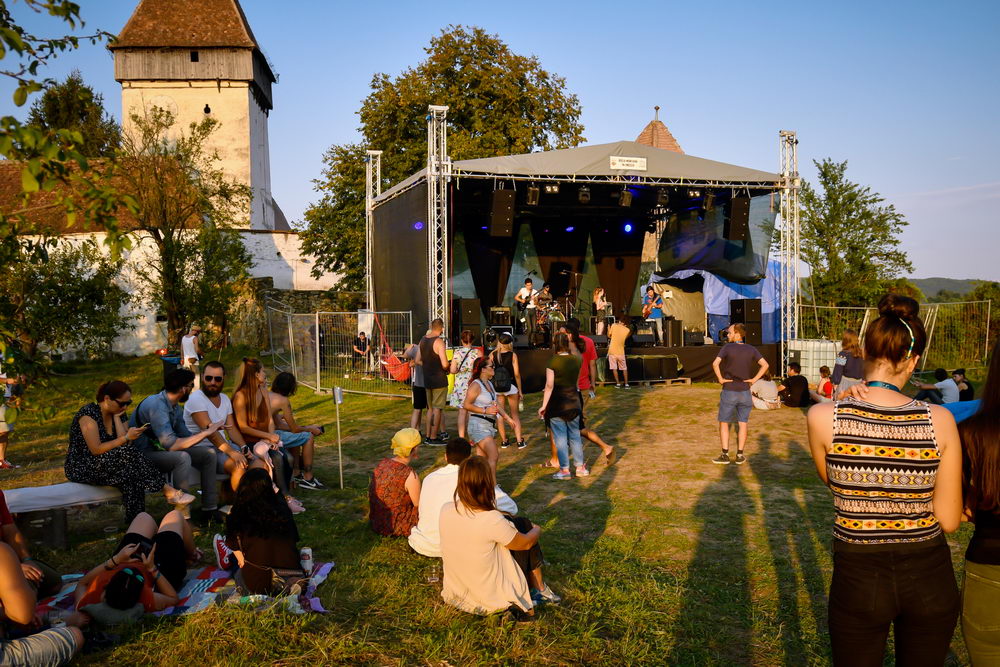 In 1319 the Harbachtal municipality of Hosman/Holzmengen was first mentioned in a document under the name “Holzmenia”. On the occasion of the 700th anniversary, a large celebration will take place on 3 and 4 August 2019 on the initiative of the Hometown Community (HOG). – A welcome occasion for people from near and far to clean up the fortified church built between the 13th and 15th centuries.

After Hosman HOG members had already uncovered overgrown paths and gutters in the churchyard in April (read the article here), the Fortified Churches Foundation carried out further important restoration measures in June. A wall surface survey by restorer Lórand Kiss confirmed that there are no yet unknown elements or frescoes worth protecting on the interior walls. On the basis of this expertise, it was possible to knock off the moisture-promoting cement plaster in the nave, and a new coat of paint was applied to the wall above the organ stand at the west gallery. 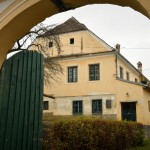 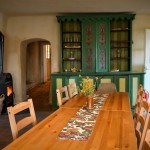 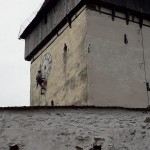 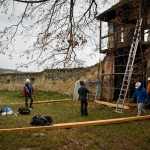 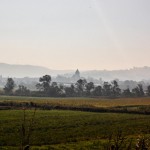 The preservationists used the time window for this action, which resulted from the renovation work on the Hosman Samuel Maetz organ from 1808, which was repaired with donations from the HOG and with the cooperation of the organ building workshop Hărman, Friedmann Schwarzenberg, Andrea Plödt, Adrian Steger, the organ workshop Wegscheider (Dresden/Germany) and the organ building company Stemmer (Zumikon/Switzerland). For the anniversary celebration, the organ will be presented at a concert on Saturday, August 3 and officially rededicated during the festive service on Sunday.

Since the 1990s, various initiatives have been launched to preserve the cultural heritage and develop the village. The association Hosman Durabil has put the old mill back into operation, built a cultural barn and organises local craft markets. The association CEPIT (Europäisches Jugendbegegnungszentrum Kirchenburg Holzmengen e.V.) has established a youth meeting centre in the vicarage and together with the Sibiu Forum organises restoration workshops, the Holzstockfestival, the Christmas Market and other youth activities throughout the year. 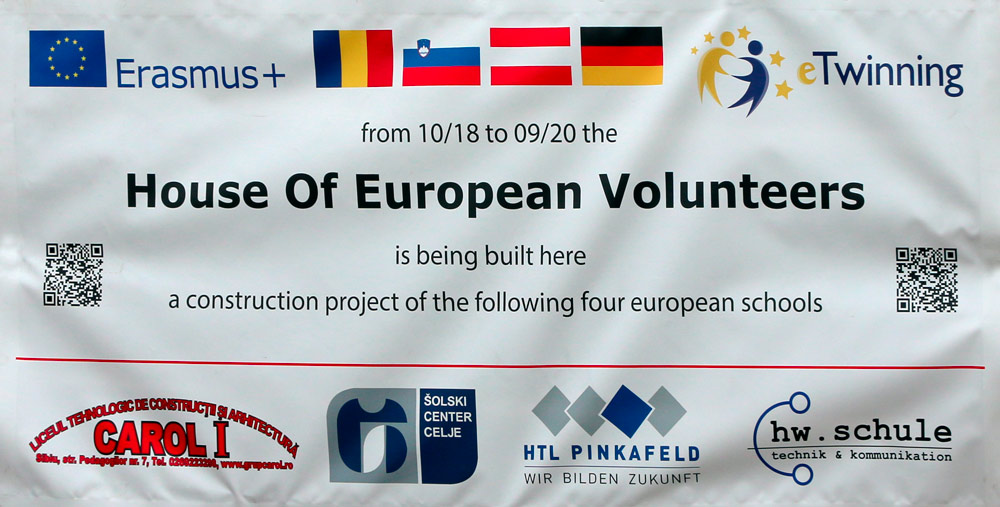 We would like to take this opportunity to point out two events for the month of August:

The 700th anniversary celebration, which will be held on 3 and 4 August 2019 by the Hosman Hometown Community (HOG). Under the motto “time cannot be turned back, but the future can be shaped”, a festive weekend with various programme items will take place: Beside regional market stalls, castle guidance and a village inspection, also Saxon and Romanian traditional dances as well as a small theatre play are presented – also activities for children will be offered. The music school Elijah, which exists since 2012 in the village, will arrange its own program point with music and dance. On Sunday the church organ will be inaugurated during the service. 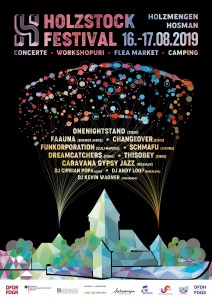 Since 2014 the so-called “Holzstockfestival” takes place in Hosman. This year the festival starts at the weekend from 16 to 18 August. Traditionally, the festival is organised “by young people for young people” – every year a large team of volunteers takes care of the smooth running of the event: once again there will be a wide range of offers for confirmed festival lovers: Numerous bands from near Sibiu as well as from Austria and Italy, different workshops and offers for families are waiting for the visitors.

Which festival, which inspired the Holzstockfestival by its name, took place exactly 50 years before this year’s 6th Holzstock?

After our draw the winner will receive a church castle Quartett Game. Please send your submissions by 31 august to ri@kirchenburgen.org.